The 10 monuments you have to visit in Lisbon 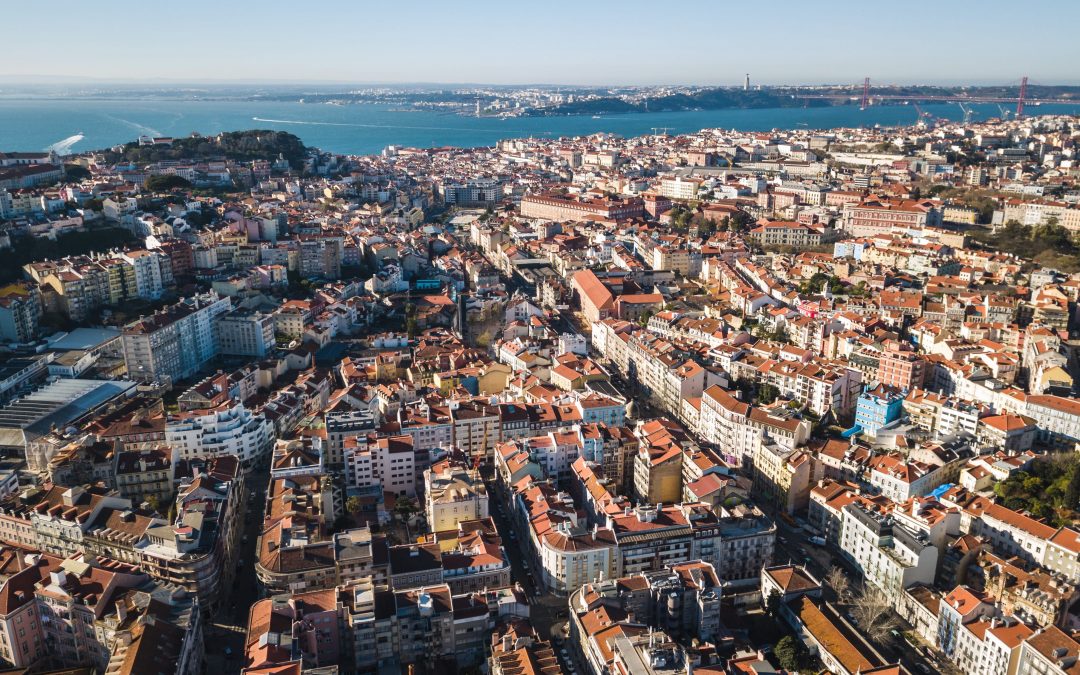 If you want to make the most of your visit to Lisbon, we bring you 10 options that are a must on your trip to this beautiful portuguese city.

Each one will have a bit of its history, to give you an introduction to what you can find in these wonderful places.

It may interest you: What is the best hotel to stay in Lisbon? 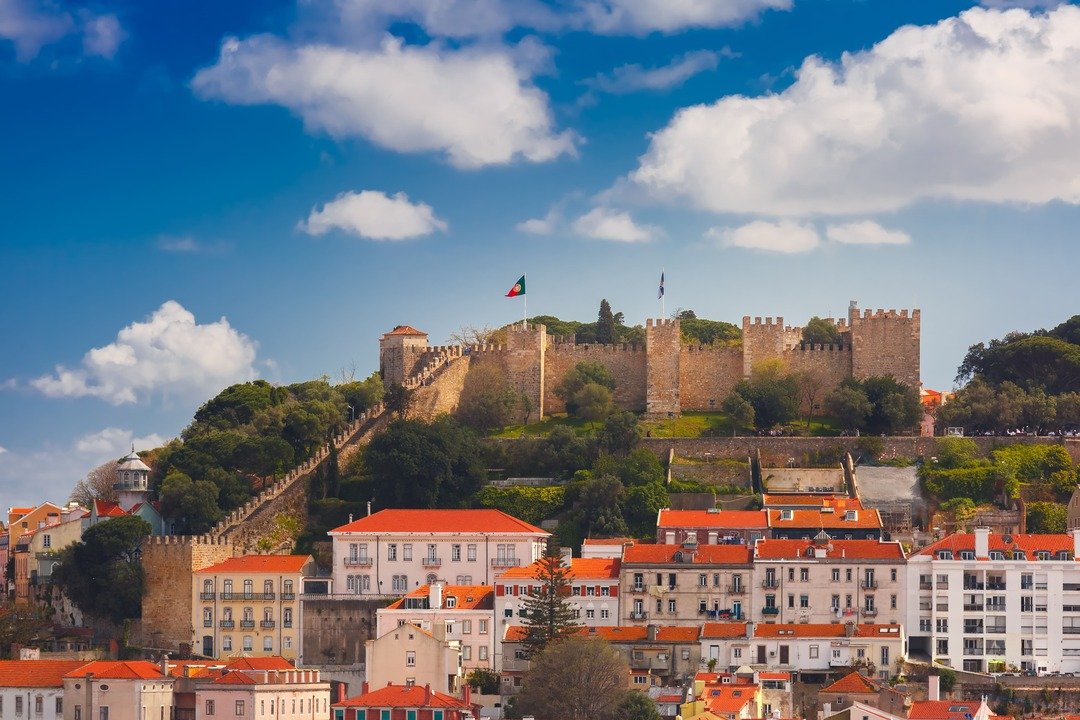 This castle was built in the 5th century and was enlarged in the 9th century by the Arabs, it became the royal palace around the 13th century, which was its period of maximum splendor, even after several earthquakes that occurred between 1290 and 1360, which ruined its main structure.

This place had both social and military functions, and until the beginning of the 16th century it was occupied by the kings of Portugal. 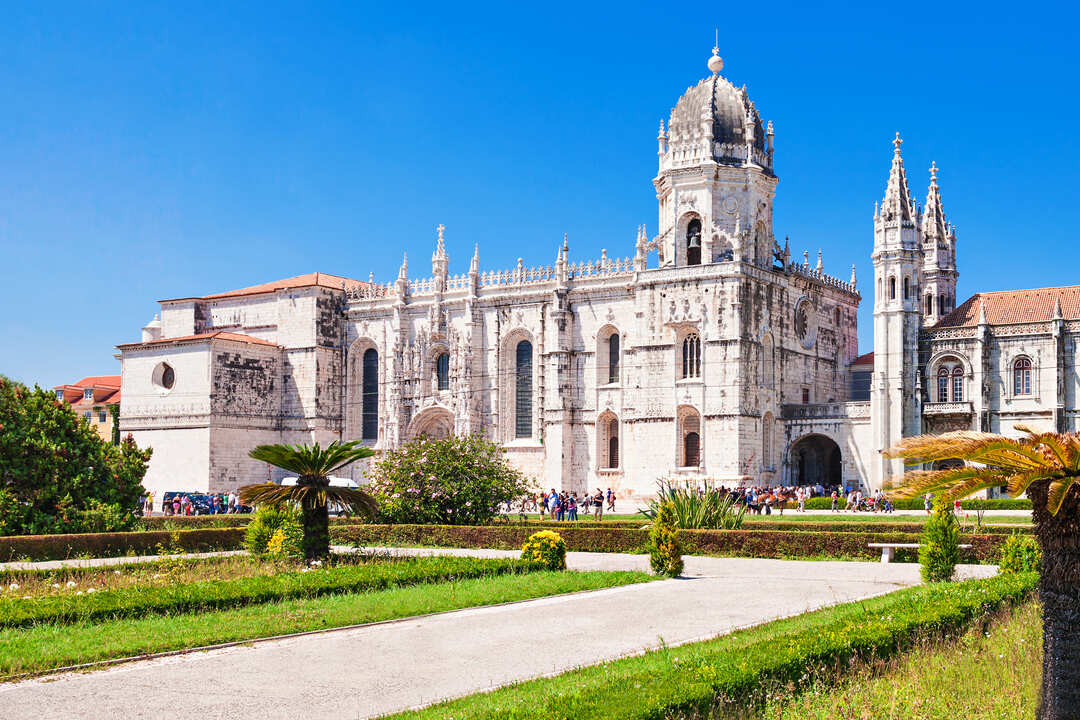 The construction of this architectural jewel began in 1501 and ended at the end of the 16th century. It was built to celebrate the return from India of Vasco de Gama (Portuguese explorer, discoverer of an important trade route between Europe and India), a character whose remains rest in this monastery.

It houses the church of Santa Maria de Belém, and it is located in the Belém district. Likewise, it is an example of the richness of Portugal after the discovery of the commercial route to India. 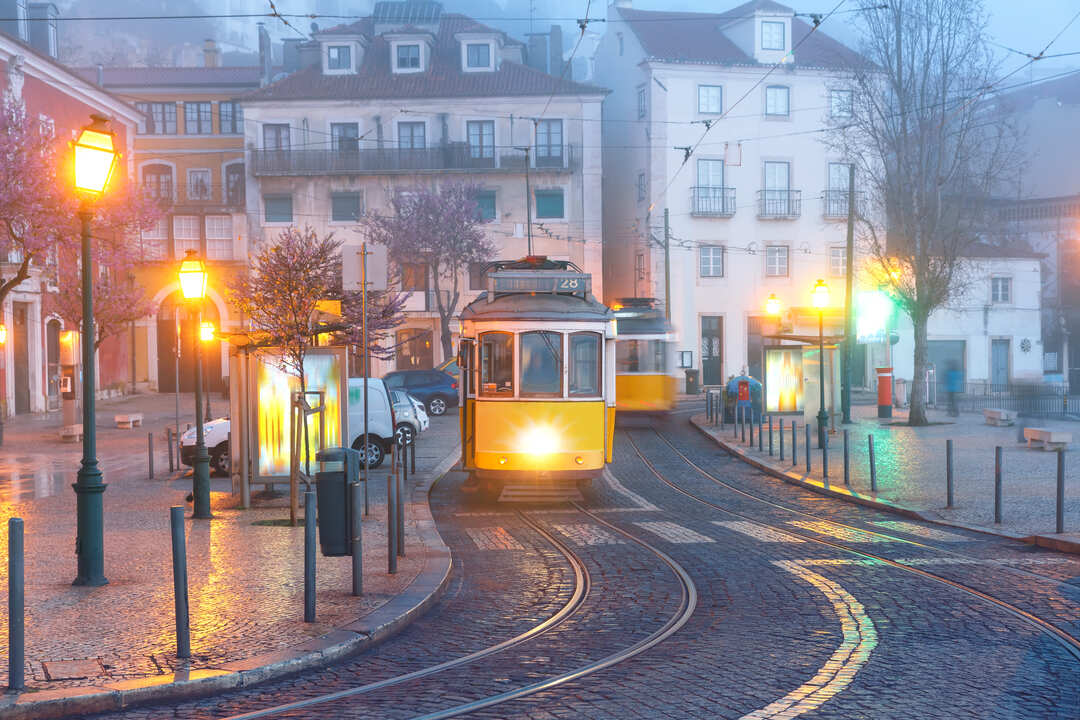 Despite the construction of the metro in the city of Lisbon, the Tram No. 28 is still active and rounding around the narrow streets of Lisbon, since no other type of vehicle can navigate through tight spaces and quite steep slopes.

Generally, it is more advisable to start the routes in the downtown area of Lisbon, to enjoy a more quiet tour. With this route you can see wonderful landscapes, also on the way you can visit several tourist places in the city.

This site has quite an interesting history, it was first inhabited in the Visigothic period (early 5th century to early 8th century), but along the years it has been identified as a fishermen’s neighborhood located on the slopes of St. George’s Castle.

It is one of the neighborhoods that best survived the great earthquake of 1755 and although it has changed a lot due to the tourism boom, it still retains that traditional environment that is different from other European neighborhoods. 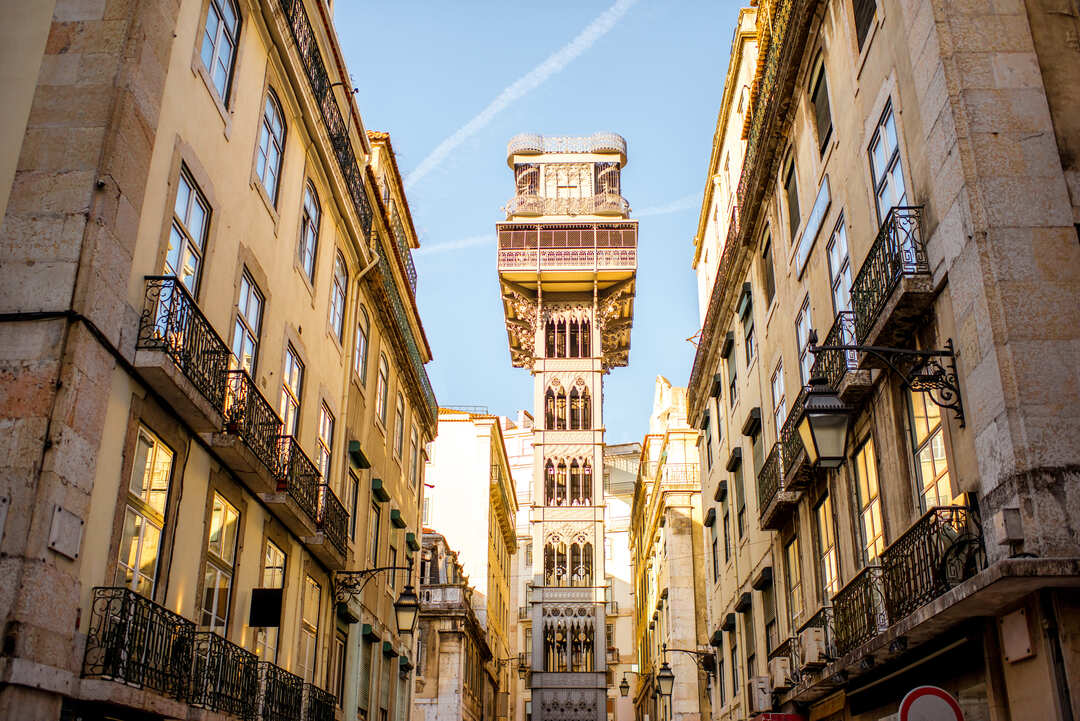 It was inaugurated on July 10, 1902, and designed by the Portuguese architect Raoul Mesnier de Ponsard. Previously, this large structure was powered by steam, but in 1907 it switched to electric traction.

In reality, it no longer has a transport functionality, it is purely a tourist attraction, where you can enjoy an incredible panoramic view and have a coffee on the terrace. 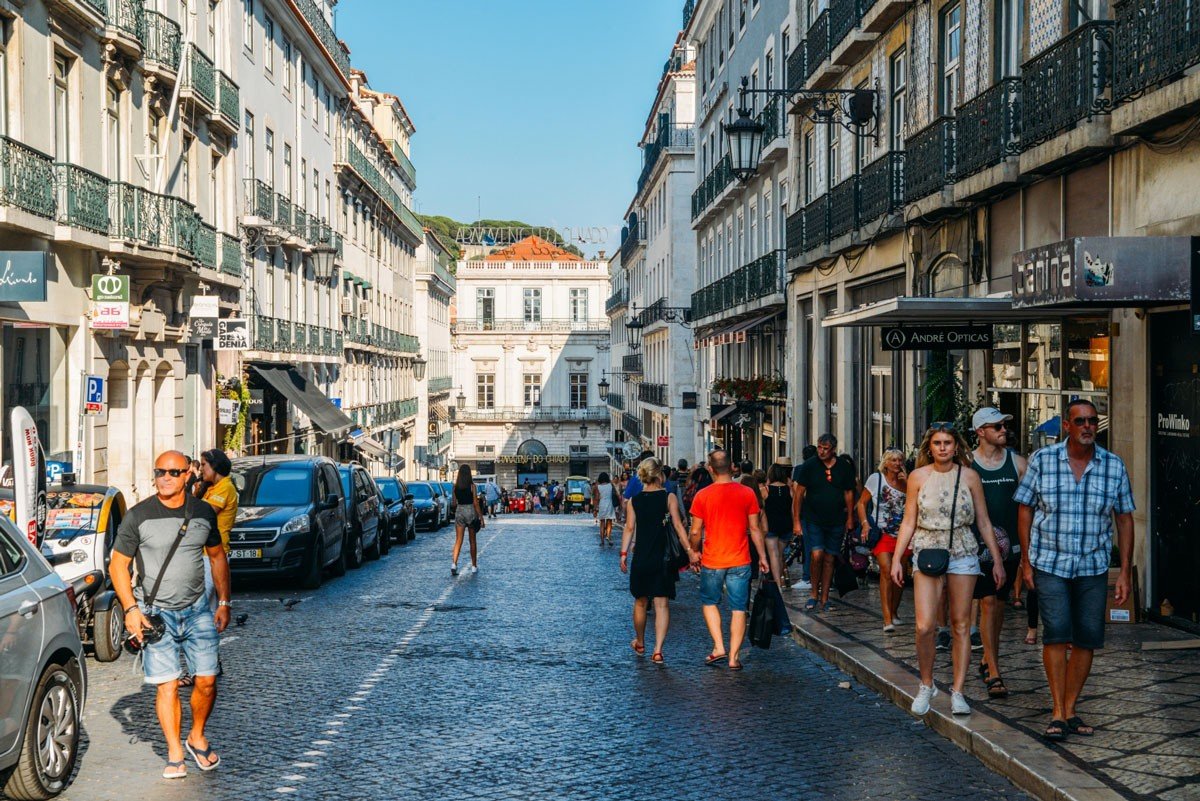 Well-known Portuguese writers and poets used to meet in this place at the beginning of the 20th century, that is why you can find a statue of the poet Fernando Pessoa.

Currently, this neighborhood is one of the most commercial in the city, especially in Rua Garret, you will find bookstores and boutiques of emerging designers, in contrast you can visit the Livraria Bertrand, a bookstore considered the oldest in the world, founded by two French in 1732 . 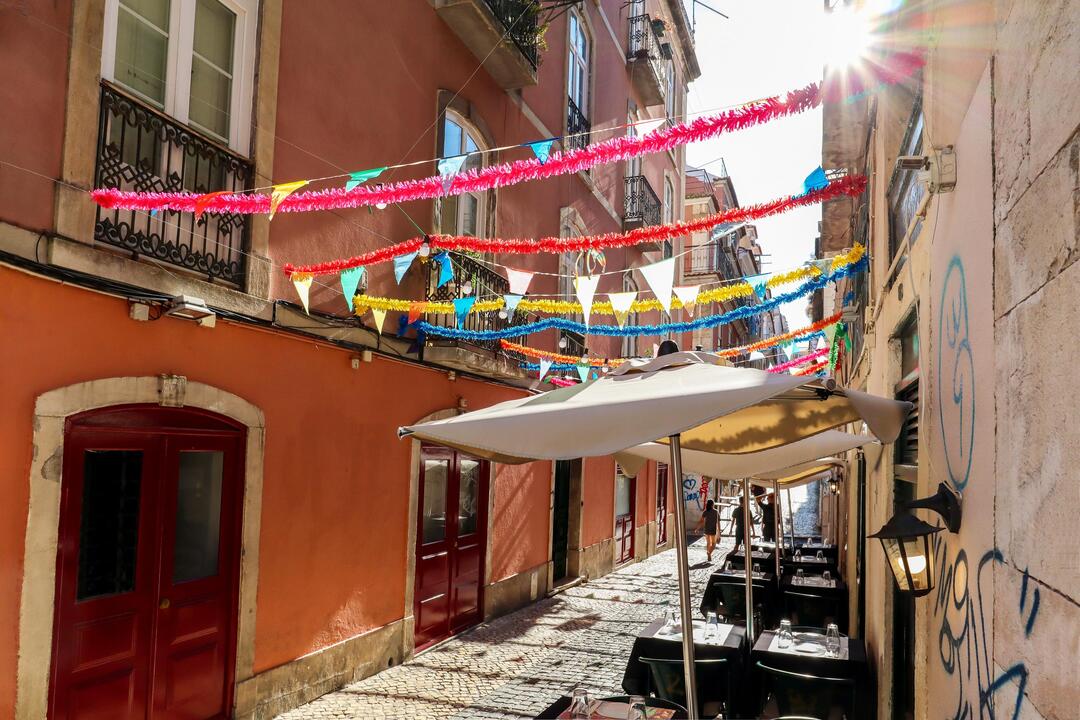 View to the Bairro Alto district in the historic center of Lisbon, traditional facades in the streets of the old town, Portugal Europe

This is a commercial and residential area that perfectly brings together the architectural history of the city, since the 80s it is known for its nightlife, for the many restaurants, bars and musical houses, which can be visited by tourists of all ages. . 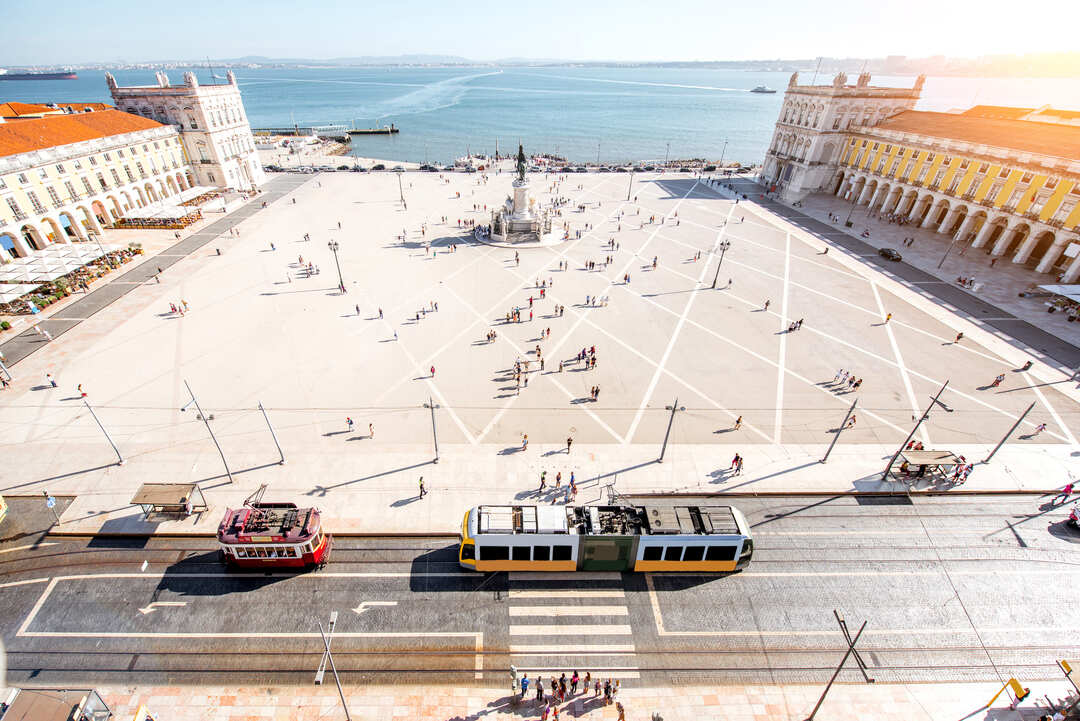 It was built on the spot where the Royal Palace used to be, which was destroyed in the great earthquake of 1755.

Its U-shape has restaurants and cafes, government offices, and points of interest such as the Arc de Triomphe on Rua Augusta and the Equestrian Statue of Joseph I. 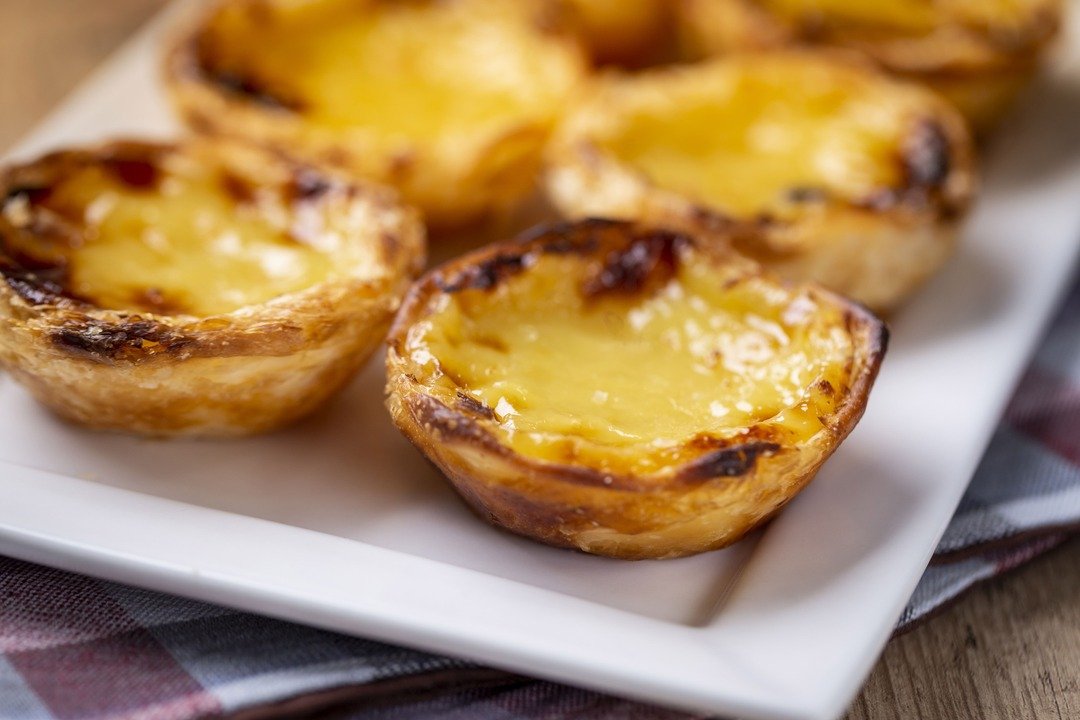 At that time Belém was far from Lisbon, and the place was frequently visited by the crew of the steamboats that arrived at the coast.

Of course, these delicacies are not only prepared there, you can get them in other local pastries, but the difference is that the secret recipe for the Belém pastries has not changed since 1837.

Thus, over time, Pastéis de Belém has become a site of tradition, a place that you can’t miss visiting.

Watch: We arrived in Albufeira! 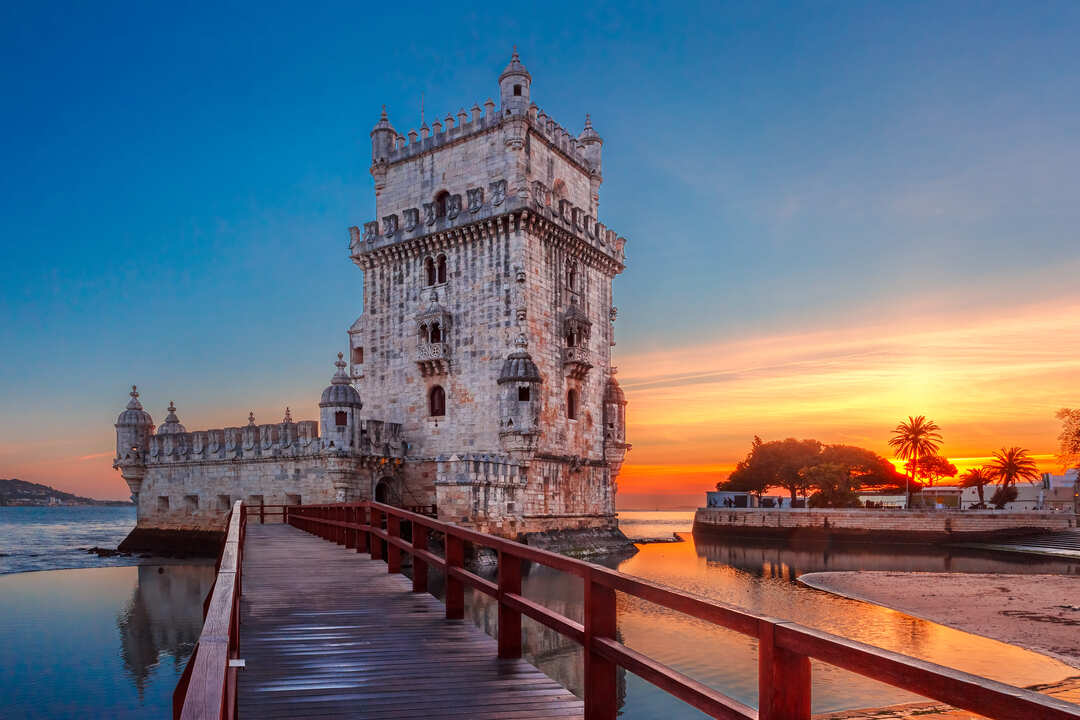 This tower was built in the 16th century from 1515 to 1519, under the direction of Francisco de Arruda, with the idea of creating a fortress to protect the entrance to the port of Lisbon, over time it had different functions, even a prison.

In 1983, it was declared a World Heritage Site by UNESCO.

Monument to the discoveries 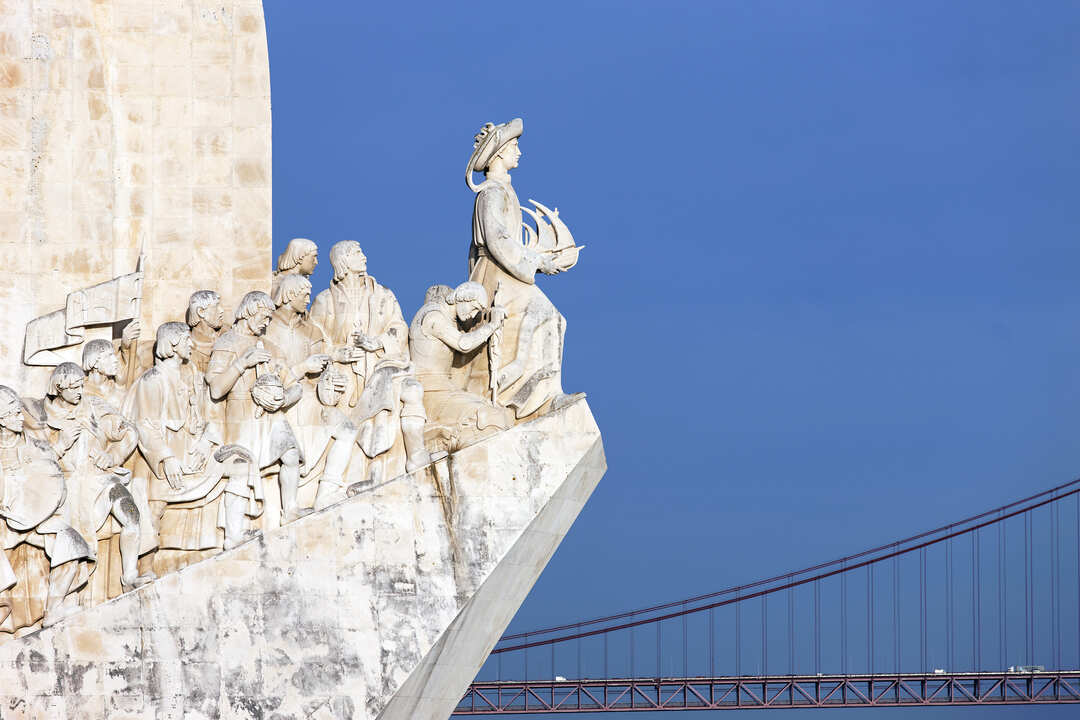 It was built in 1960 to commemorate the 500th anniversary of the death of Henry the Navigator (Portuguese politician, infant and duke).

This monument has impressive sculptures that represent important people who stood out in the Portuguese Age of Discovery.

If you want to discover these and many more wonders of Lisbon differently and with all the comforts, book with The Homeboat Company, click here.

The Homeboat Company Is a young and innovative company that provides value-added experiences in lodging and investment alternatives. We are transforming the concept of tourism and lodging with an innovative, profitable and responsible proposal with the environment and people.

This website uses cookies to improve your experience while you navigate through the website. Out of these cookies, the cookies that are categorized as necessary are stored on your browser as they are essential for the working of basic functionalities of the website. We also use third-party cookies that help us analyze and understand how you use this website. These cookies will be stored in your browser only with your consent. You also have the option to opt-out of these cookies. But opting out of some of these cookies may have an effect on your browsing experience.
Necessary Always Enabled
Necessary cookies are absolutely essential for the website to function properly. This category only includes cookies that ensures basic functionalities and security features of the website. These cookies do not store any personal information.
Non-necessary
Any cookies that may not be particularly necessary for the website to function and is used specifically to collect user personal data via analytics, ads, other embedded contents are termed as non-necessary cookies. It is mandatory to procure user consent prior to running these cookies on your website.
SAVE & ACCEPT